Often the goal of a new technology or new feature for an exiting technology is to lead a silent existence while making the owner’s life easier. Rather then being in your face forcing you to notice it, or worse, not working as intended and doubly frustrating the device’s owner it hums merrily along unnoticed.

I’ve been shooting steadily with the Nikon D90 dSLR since November of 2008. It struck me only last week in part because I was shooting some sky photos — which are notorious for making dust apparent1 — that in all that time I hadn’t had to do a manual sensor cleaning like I had often with my previous camera. The built in sensor shake/cleaning that Nikon has added to some of its recent camera bodies, and that triggers automatically each time the camera turns off or on, just works. 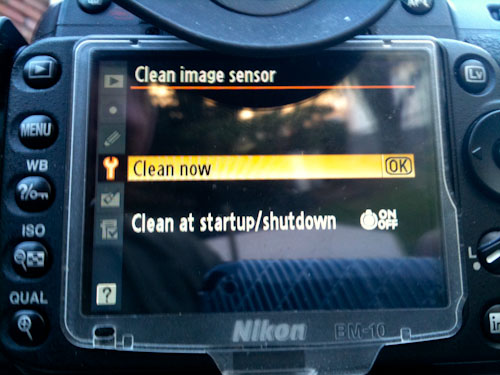 For those who don’t live and breathe camera tech, digital cameras have a sensor in the back of the device that records the light coming in to make a picture. This sensor replaces the film that once served as the capture medium. With lens changes, weather & static electricity, dust and other small particles can get inside the camera and create little spots in the recorded image. With film cameras this dust would attach itself to the film and be taken away when the film advances or is changed. With digital cameras, because the sensor is fixed and doesn’t get replaced like film, the dust accumulates over time and can degrade the quality of images coming from the camera. 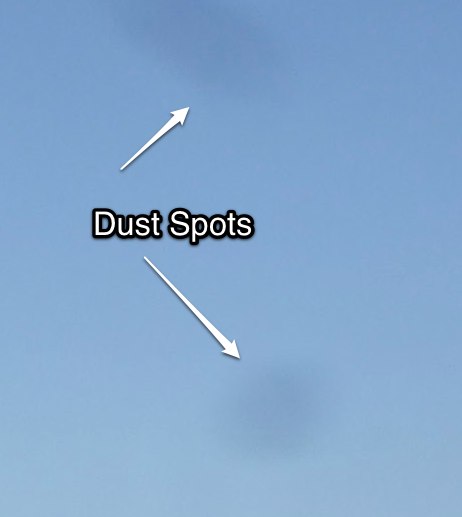 Camera manufacturers have been working on ways to solve this problem, mostly by having some type of material in front of the light capturing sensor that shakes, discharges static buildup or does other magical things to try and keep the area directly in front of the sensor free of dust.

I won’t say Nikon has already perfected the technology, but I’m more then happy to say that what they’ve done so far seems to “just work” for me. And that makes me happy.

Though now that I’ve said all this out loud I’m bound to not get hit with a splash of water in my camera as I change lenses near a waterfall or something.)

1 The small apertures associated with shooting bright objects like the midday sun create a narrower beam of light which can accentuates the specks of dust near a camera sensor. These dots also have a hard time hiding in an otherwise solid area of color like the sky.